Gojira tends to operate in polar extremes. “I can’t help but see humanity as a parasite,” Gojira’s co-founding guitarist and principal songwriter Joe Duplantier explains, “and yet the most beautiful things come out of humans.” To that end, the French quartet—Duplantier and his brother Mario [drums], Christian Andreu [guitar], and Jean-Michel Labadie [bass]—have spent the past 15 years translating this duality into a distinctive sound: dark, crushing metal brightened by triumphant arena-rock melodies, contrast-heavy and emotionally charged.

Enter 2016's Magma, whereupon Gojira found strength—and crossover success—through a singular commitment to self-reflection. The intensely personal record, penned in memory of the Duplantier brothers' late mother, was a painful significant turning point for the French group. It debuted at No. 24 on the Billboard 200 chart, topped the Billboard “Hard Rock Albums” chart (a first for a French band), and netted nominations for Best Rock Album and Best Metal Performance (for "Silvera") at the 59th annual Grammy Awards. Numerous global headlining tours, including a stint with Metallica, followed. Coming out of Magma, Gojira weren't just one of the biggest metal bands on the scene—they were one of biggest rock bands in the world, unified and self-emboldened.

Humbled and honored as he was by Magma’s success, Duplantier came out of that victory lap feeling exhausted—and eager to move on. “Magma marked a sad moment in our lives,” Joe says of the record. “We were expressing grief, so it was a bit heavy: not only to the process of making that album, but also talking about it, and playing the songs, and doing all of these interviews around a difficult time in our lives.”

And so, Gojira made a group decision: for album number seven, Fortitude, they’d have some damn fun. In late 2019, the brothers Duplantier returned to Silver Cord Studio, their Ridgewood, Queens, headquarters, to begin work on new, self-produced Gojira material, culled from ideas they’d developed over the past two years. “With this album, we wanted to come back with more joy, more power, and more positivity about life in general,” Joe explains. “We’re so lucky to do what we love; it’s not like we were depressed or anything, but we had something in our system to express—Magma—and we felt like it was time for something else—something that is all about strength.”

"The writing process was very thrilling and exciting," Mario adds. "Joe and I really dug deep into every song, paying particular attention to the structures and arrangements. Every idea, every single riff, was analyzed with a fine-tooth comb: everything from the tonality of each instrument and scales used, to the dynamics, interpretation, and tempo. We left nothing to chance.” 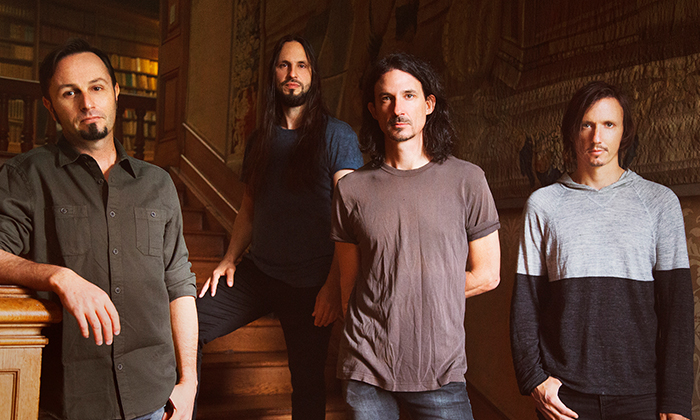