Concessions and full bars open! Also featuring local favorites Nancy's A-Maize-N Sandwich Booth.
All Ages
Support acts subject to change.
Text COUNTRY to 49798 for concert updates.
Wear your Cotillion merch and jump to the front of the GA line.
A limited number of table reservations are available by calling 316-722-4201 or in person at The Cotillion. Coat check is open during events to check your coats, hats, merch and more. Coat check is located next to merch by the front doors. All sales are final.  No exchanges or refunds unless a show is cancelled or postponed.
COVID-19 Show Policy: There are no restrictions on this show but we encourage face masks when you can not social distance and ask that you stay home if you are feeling sick or have been exposed recently to someone with COVID-19.

Take a seat at any old roadhouse bar and look to your left and right. Some people will be there drinking for fun, and others to forget. But on Shot Glass, the major label album debut from Warner Music Nashville’s Randall King, none of them are drinking alone. A country-music purist whose style carries on an original American art form–with all its highs and lows included–King is something of a study in contrast, and his album is too. He often sounds like he just stepped out of a time machine, full of upbeat honky-tonk swagger and flashing the thoughtful gaze of Western poet. But he’s also got a thoroughly modern edge, driven to prove timeless tradition can co-exist with the pop-country mainstream. And it all comes together on Shot Glass. Four years after his independent self-titled album kicked things off, the West-Texas native has now made the move to Music City, marking the start of a whole new chapter. He’s following a pair of visionary EPs with a top-shelf concept album–and in the process, buying all of classic country another round “I’m that rowdy honky-tonk artist,” King says with conviction. “But I’ve got music and roots that go deeper than just beer-sling in’ tunes. There’s a lot of depth "Inspired by everyone from George Strait and Keith Whitley to Dierks Bentley and Eric Church, King grew up on the endless plains and endless highways of a mythical place in the American story–but its famous ways were never mere fantasy to him. The hardscrabble days, wild nights and heartbreaks were all just part of an everyday cycle, and his music continues to capture that mystique. Back with producers Bart Butler and Ryan Gore–the team behind contemporaries like Jon Pardi who also guided King’s recent She Gone and Leanna EPs–King refuses to settle for the lowest-common denominator. Each track on Shot Glass reveals another aspect of the only life he knows, and the people who live it. Sometimes that means joy, sometimes sadness. But above all, it’s real “If there’s any kind of manufactured, fake aspect to it, it’s not gonna work for me,” says the singer-songwriter, who would have been a third-generation trucker had music not intervened. “I’m not an actor, so I’m gonna give you exactly who I am, where I’m from, and the things that reflect me. My up bringing...my West-Texas roots.” 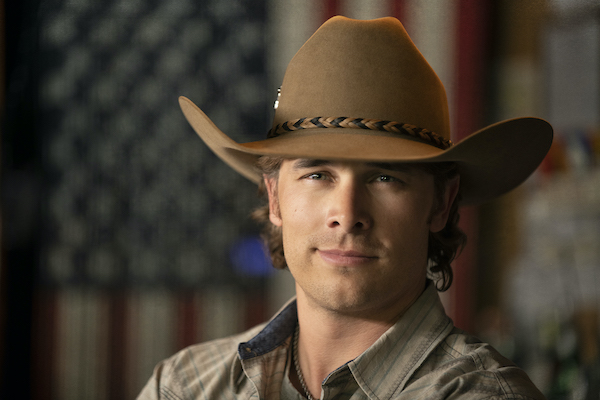